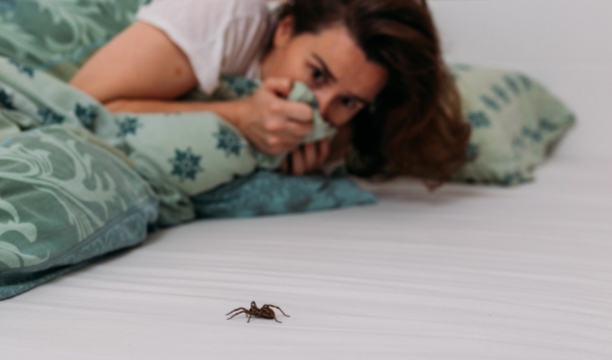 what is Arachnophobia ? Arachnophobia is the fear of spiders . Arachnophobia is a fear of spiders. It is one of the most common phobias in the world and it affects up to 10% of the population. The word “arachnophobia” comes from the Greek word “arachne” which means spider. People who suffer from arachnophobia are scared of spiders because they think that they are dangerous or poisonous. They may also be scared that a spider will touch them or crawl on them. In some cultures, spiders are seen as a symbol for wisdom and intelligence, so some people believe that being afraid of them is not rational or logical. .The fear of spiders is classified as a specific phobia, which is a class of anxiety disorders. It can be very difficult for people to control the fear because it can have many symptoms. The fear may cause people to avoid their home and the places where they are most likely to encounter spiders.